This poem, written by Clara Barton, was written in honor of the many women who went to the battlefields of the Civil War.

The women who went to the field, you say,
The women who went to the field; and pray
What did they go for? Just to be in the way!–
They’d not know the difference betwixt work and play,
What did they know about war anyway?
What could they do? of what use could they be?
They would scream at the sight of a gun, don’t you see?
Just fancy them round where the bugle notes play,
And the long roll is bidding us on to the fray.
Imagine their skirts ‘mong artillery wheels,
And watch for their flutter as they flee ‘cross the fields
When the charge is rammed home and the fire belches hot;
They never will wait for the answering shot.
They would faint at the first drop of blood, in their sight.
What fun for us boys, — (ere we enter the fight;)
They might pick some lint, and tear up some sheets,
And make us some jellies, and send on their sweets,
And knit some soft socks for Uncle Sam’s shoes,
And write us some letters, and tell us the news.
And thus it was settled by common consent,
That husbands, or brothers, or whoever went,
That the place for the women was in their own homes,
There to patiently wait until victory comes.
But later, it chanced, just how no one knew,
That the lines slipped a bit, and some  began to crowd through;
And they went, where did they go? Ah; where did they not?
Show us the battle, the field, or the spot
Where the groans of the wounded rang out on the air
That her ear caught it not, and her hand was not there,
Who wiped the death sweat from the cold clammy brow,
And sent home the message; -“‘T is well with him now”?
Who watched in the tents, whilst the fever fires burned,
And the pain-tossing limbs in agony turned,
And wet the parched tongue, calmed delirium’s strife
Till the dying lips murmured, “My Mother,” “My Wife”!
And who were they all? They were many, my men:
Their record was kept by no tabular pen:
They exist in traditions from father to son.
Who recalls, in dim memory, now here and there one.
A few names were writ, and by chance live to-day;
But’s a perishing record fast fading away.
Of those we recall, there are scarcely a score,
Dix, Dame, Bickerdyke,–Edson, Harvey, and Moore,
Fales, Wittenmyer, Gilson, Safford and Lee,
And poor Cutter dead in the sands of the sea;
And Frances D. Gage, our “Aunt Fanny” of old,
Whose voice rang for freedom when freedom was sold.
And Husband, and Etheridge, and Harlan and Case,
Livermore, Alcott, Hancock, and Chase,
And Turner, and Hawley, and Potter, and Hall.
Ah! The list grows apace, as they come at the call:
Did these women quail at the sight of a gun?
Will some soldier tell us of one he saw run?
Will he glance at the boats on the great western flood,
At Pittsburgh and Shiloh, did they faint at the blood?
And the brave wife of Grant stood there with them then,
And her calm, stately presence gave strength to his men.
And Marie of Logan; she went with them too;
A bride, scarcely more than a sweetheart,  tis true.
Her young cheek grows pale when the bold troopers ride.
Where the “Black Eagle” soars, she is close at his side,
She staunches his blood, cools the fever-burnt breath,
And the wave of her hand stays the Angel of Death;
She nurses him back, and restores once again
To both army and state the brave leader of men.
She has smoothed his black plumes and laid them to sleep,
Whilst the angels above them their high vigils keep:
And she sits here alone, with the snow on her brow
Your cheers for her comrades! Three cheers for her now.
And these were the women who went to the war:
The women of question; what did they go for?
Because in their hearts God had planted the seed
Of pity for woe, and help for its need;
They saw, in high purpose, a duty to do,
And the armor of right broke the barriers through.
Uninvited, unaided, unsanctioned oft times,
With pass, or without it, they pressed on the lines;
They pressed, they implored, till they ran the lines through,
And this was the “running” the men saw them do.
Twas a hampered work, its worth largely lost;
Twas hindrance, and pain, and effort, and cost:
But through these came knowledge, knowledge is power.
And never again in the deadliest hour
Of war or of peace, shall we be so beset
To accomplish the purpose our spirits have met.
And what would they do if war came again?
The scarlet cross floats where all was blank then.
They would bind on their “brassards” and march to the fray,
And the man liveth not who could say to them nay;
They would stand with you now, as they stood with you then,
The nurses, consolers, and saviors of men. 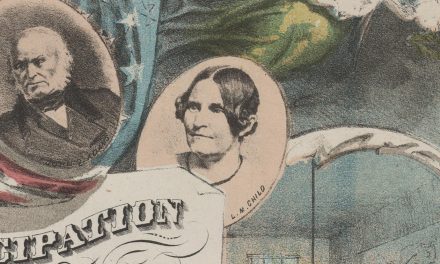