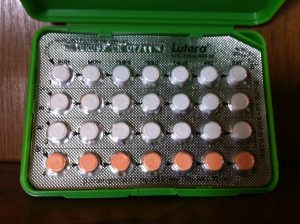 Faye Wattleton, who as a nurse saw women suffering from botched illegal abortions, became the first African American president of Planned Parenthood Federation of America in 1978. She served at PPF until 1992, leading the organization into significant public visibility, effective lobbying for women’s reproductive rights, and wider service for women. She now serves as president of the Center for the Advancement of Women.

• Reproductive freedom is critical to a whole range of issues. If we can’t take charge of this most personal aspect of our lives, we can’t take care of anything. It should not be seen as a privilege or as a benefit, but a fundamental human right.

• Our strength lies in the fact that we are supported by the majority of Americans. And our motivation lies in our obligation to make sure their voices are heard and acknowledged by those who set public policy in this country.

• I think it’s unfortunate and really reflects the mean-spirited nature of the anti-abortion movement that it is willing to sacrifice poor women in this debate as a means of making gains. Abortion is legal in this country and is not something that should be denied women, but anti-abortion advocates suggest that if they can’t deny it to every woman, they will at least deny it to low-income women.

• The only safe ship in a storm is leadership.

• Whoever is providing leadership needs to be as fresh and thoughtful and reflective as possible to make the very best fight.

• My satisfaction comes from my commitment to advancing a better world.

• Choosing a career in nursing was perhaps my most important professional decision. Had I not had direct experiences with patients and gained an understanding of what goes on in women’s lives, I would not have had the determination and commitment to non-compromise on the gains that women have made with respect to reproductive choice.

• In a health-care situation, you see humanity at its most basic, and you realize there are no simple yes-or-no, right-or-wrong answers.

• One of the sad commentaries on the way women are viewed in our society is that we have to fit one category. I have never felt that I had to be in one category.

• We’re basically an illiterate society sexually. We’re not well educated. We’re not much better educated than our parents, and even though sex is merchandised and exploited, there is very little sexuality education available in American schools. It is almost as though we had to repay our guilt for exploiting sex so explicitly in our society by preserving a shroud of ignorance.

• [About African Americans:] The future and strength of the race is for women to be able to have kids when they want them and to love and provide them with the tools they’ll need to get through a hostile world. The image of the black woman bearing child upon child against her will is the real threat to the race.

• [About being in her 50s:] I had not expected to be as settled down and as peaceful about myself as I believe I am now. Things sort of fall into place. Those qualities and strengths that carried us through our 20s, 30s and 40s are even better, they’re even stronger.