Richard of York’s ancestry went back to Edward III through both his mother and his father.

In 1460, Richard of York, tried to claim the throne of England from Henry VI, as part of the Wars of the Roses between the Lancastrians and Yorks, based on his paternal descent from Edward III.  Richard of York had reached an agreement with Henry that he would succeed Henry, but then Richard was killed at the battle of Wakefield.

Margaret’s brother, Richard of York’s eldest son Edward IV, did topple Henry VI on the basis of this descent from the first duke of York.

We know very little of Margaret’s early life. She was 14 when her father was killed at the Battle of Wakefield in the Wars of the Roses. Her father, the Duke of York, was attempting to take the crown from Henry VI, a Lancastrian. The next year, the Yorkists succeeded in taking the crown from Henry and Margaret’s brother became king as Edward IV.

Almost immediately, this opened up possibilities for a dynastic marriage for Margaret. James II of Scotland and Don Pedro of Portugal were possibilities. Margaret was at court, often associated with Edward’s new queen, Elizabeth Woodville, and Margaret attended the queen’s coronation.

When the second wife of Charles, Duke of Burgundy, died in 1465, Charles, no longer bound by a treaty which had required him to marry a French princess the second time around, sent an emissary to England to propose that he marry Margaret.

Louis XI of France opposed the alliance of Burgundy with England, and proposed other possible husbands for Margaret and his daughter as a wife for Charles. Richard Neville, known as the Kingmaker and an ally of Edward IV who later turned against him, supported a French marriage for Margaret.

Charles’ mother, Isabella of Portugal, was a granddaughter of John of Gaunt, as was Cecily Neville, Margaret’s mother, making Margaret and Charles second cousins. Isabella supported an alliance with the English, though she first supported the Lancastrians, even though Margaret of Anjou, wife of Lancastrian king Henry VI, was from a family which opposed Burgundy’s interests. When it was clear that the Yorkists would hold the crown and could be allies helpful to Burgundy, Isabella switched her support to the Yorkists.

After agreement was reached on a dowry and the pope had granted a dispensation for the second cousins to marry, Margaret left for Burgundy in June of 1468. Louis IX of France tried to intercept her ship to delay the marriage, but was unsuccessful, and the marriage took place on July 3 of 1468 in Bruges.

Margaret became friends with Charles’ daughter Mary and Charles’ mother Isabella, but rarely saw her husband, who was often elsewhere for political and military purposes. Margaret took an active part in the affairs of Burgundy during her husband’s absences. They had no children together.

Charles died fighting against the Swiss in January of 1477. His daughter Mary, then 19, inherited the duchy. Margaret promoted Mary’s marriage to the Holy Roman Emperor Maximilian, and they were married in August of 1477. Margaret supported Maximilian and his policies, and he in turn saw to it that her estates were safely in her hands.

In 1482, Mary of Burgundy died at age 25 from a fall from a horse. Margaret, her stepmother, took care of Mary’s two infant children, Philip the Fair (who later married Juana of Castile, daughter of Isabella of Castile and Ferdinand of Aragon) and Margaret of Austria. A third child, Franz, was born and died in 1481.

Between 1483 and 1485, Edward IV, Richard III and Louis XI all also died. Supporters of the Yorkist faction over the triumphant Tudors in England found refuge in Margaret’s Burgundy. In the next years, civil wars returned Burgundy to French rule, and Margaret became involved with the education of her Habsburg stepgrandchildren.

In 1486-87, Margaret may have been involved in the attempt to return a supposed son of her brother George, Duke of Clarence, to the throne of England. The claims of this pretender, known as Lambert Simnel, fell apart when the actual son of Clarence was produced from the Tower of London.

While Margaret continued to be involved in the politics of Burgundy, she found time to support the claims of yet another pretender, Perkin Warbeck, who claimed to be Richard, one of the missing sons of Edward IV who were presumed to have been killed in the Tower of London sometime after Richard III had them placed there when he was king. Margaret supported Warbeck’s cause, providing funds and writing to the pope and other European rulers to authenticate his identity as Richard, duke of York. It was only after Warbeck’s invasion failed and he was eventually captured and confessed to being a pretender, that Margaret was finally reconciled to Henry VII in 1498.

Margaret died in 1503. Margaret’s stepgranddaughter, Margaret of Austria, inherited most of her possessions. 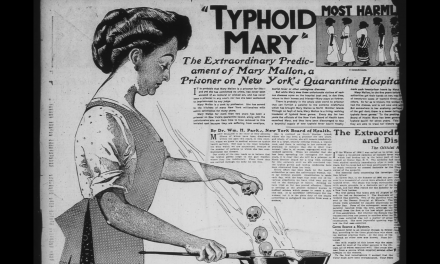