The Court’s opinion brings to the decision of this troubling question both extensive historical fact and a wealth of legal scholarship. While the opinion thus commands my respect, I find myself nonetheless in fundamental disagreement with those parts of it that invalidate the Texas statute in question, and therefore dissent.

The Court’s opinion decides that a State may impose virtually no restriction on the performance of abortions during the first trimester of pregnancy. Our previous decisions indicate that a necessary predicate for such an opinion is a plaintiff who was in her first trimester of pregnancy at some time during the pendency of her law-suit. While a party may vindicate his own constitutional rights, he may not seek vindication for the rights of others. Moose Lodge v. Irvis, 407 U.S. 163 (1972); Sierra Club v. Morton, 405 U.S. 727 (1972). The Court’s statement of facts in this case makes clear, however, that the record in no way indicates the presence of such a plaintiff. We know only that plaintiff Roe at the time of filing her complaint was a pregnant woman; for aught that appears in this record, she may have been in her last trimester of pregnancy as of the date the complaint was filed.

Nothing in the Court’s opinion indicates that Texas might not constitutionally apply its proscription of abortion as written to a woman in that stage of pregnancy. Nonetheless, the Court uses her complaint against the Texas statute as a fulcrum for deciding that States may [410 U.S. 113, 172] impose virtually no restrictions on medical abortions performed during the first trimester of pregnancy. In deciding such a hypothetical lawsuit, the Court departs from the longstanding admonition that it should never “formulate a rule of constitutional law broader than is required by the precise facts to which it is to be applied.” Liverpool, New York & Philadelphia S. S. Co. v. Commissioners of Emigration, 113 U.S. 33, 39 (1885). See also Ashwander v. TVA, 297 U.S. 288, 345 (1936) (Brandeis, J., concurring).

Even if there were a plaintiff in this case capable of litigating the issue which the Court decides, I would reach a conclusion opposite to that reached by the Court. I have difficulty in concluding, as the Court does, that the right of “privacy” is involved in this case. Texas, by the statute here challenged, bars the performance of a medical abortion by a licensed physician on a plaintiff such as Roe. A transaction resulting in an operation such as this is not “private” in the ordinary usage of that word. Nor is the “privacy” that the Court finds here even a distant relative of the freedom from searches and seizures protected by the Fourth Amendment to the Constitution, which the Court has referred to as embodying a right to privacy. Katz v. United States, 389 U.S. 347 (1967).

If the Court means by the term “privacy” no more than that the claim of a person to be free from unwanted state regulation of consensual transactions may be a form of “liberty” protected by the Fourteenth Amendment, there is no doubt that similar claims have been upheld in our earlier decisions on the basis of that liberty. I agree with the statement of MR. JUSTICE STEWART in his concurring opinion that the “liberty,” against deprivation of which without due process the Fourteenth [410 U.S. 113, 173] Amendment protects, embraces more than the rights found in the Bill of Rights. But that liberty is not guaranteed absolutely against deprivation, only against deprivation without due process of law. The test traditionally applied in the area of social and economic legislation is whether or not a law such as that challenged has a rational relation to a valid state objective. Williamson v. Lee Optical Co., 348 U.S. 483, 491 (1955). The Due Process Clause of theFourteenth Amendment undoubtedly does place a limit, albeit a broad one, on legislative power to enact laws such as this. If the Texas statute were to prohibit an abortion even where the mother’s life is in jeopardy, I have little doubt that such a statute would lack a rational relation to a valid state objective under the test stated in Williamson, supra. But the Court’s sweeping invalidation of any restrictions on abortion during the first trimester is impossible to justify under that standard, and the conscious weighing of competing factors that the Court’s opinion apparently substitutes for the established test is far more appropriate to a legislative judgment than to a judicial one.

The Court eschews the history of the Fourteenth Amendment in its reliance on the “compelling state interest” test. See Weber v. Aetna Casualty & Surety Co., 406 U.S. 164, 179 (1972) (dissenting opinion). But the Court adds a new wrinkle to this test by transposing it from the legal considerations associated with the Equal Protection Clause of the Fourteenth Amendment to this case arising under the Due Process Clause of the Fourteenth Amendment. Unless I misapprehend the consequences of this transplanting of the “compelling state interest test,” the Court’s opinion will accomplish the seemingly impossible feat of leaving this area of the law more confused than it found it. [410 U.S. 113, 174]

While the Court’s opinion quotes from the dissent of Mr. Justice Holmes in Lochner v. New York, 198 U.S. 45, 74 (1905), the result it reaches is more closely attuned to the majority opinion of Mr. Justice Peckham in that case. As in Lochner and similar cases applying substantive due process standards to economic and social welfare legislation, the adoption of the compelling state interest standard will inevitably require this Court to examine the legislative policies and pass on the wisdom of these policies in the very process of deciding whether a particular state interest put forward may or may not be “compelling.” The decision here to break pregnancy into three distinct terms and to outline the permissible restrictions the State may impose in each one, for example, partakes more of judicial legislation than it does of a determination of the intent of the drafters of the Fourteenth Amendment.

The fact that a majority of the States reflecting, after all, the majority sentiment in those States, have had restrictions on abortions for at least a century is a strong indication, it seems to me, that the asserted right to an abortion is not “so rooted in the traditions and conscience of our people as to be ranked as fundamental,” Snyder v. Massachusetts, 291 U.S. 97, 105 (1934). Even today, when society’s views on abortion are changing, the very existence of the debate is evidence that the “right” to an abortion is not so universally accepted as the appellant would have us believe.

To reach its result, the Court necessarily has had to find within the scope of the Fourteenth Amendment a right that was apparently completely unknown to the drafters of the Amendment. As early as 1821, the first state law dealing directly with abortion was enacted by the Connecticut Legislature. Conn. Stat., Tit. 22, 14, 16. By the time of the adoption of the Fourteenth [410 U.S. 113, 175] Amendment in 1868, there were at least 36 laws enacted by state or territorial legislatures limiting abortion. 1  While many States have amended or updated [410 U.S. 113, 176] their laws, 21 of the laws on the books in 1868 remain in effect today. 2 Indeed, the Texas statute struck down today was, as the majority notes, first enacted in 1857 [410 U.S. 113, 177] and “has remained substantially unchanged to the present time.” Ante, at 119.

Even if one were to agree that the case that the Court decides were here, and that the enunciation of the substantive constitutional law in the Court’s opinion were proper, the actual disposition of the case by the Court is still difficult to justify. The Texas statute is struck down in toto, even though the Court apparently concedes that at later periods of pregnancy Texas might impose these selfsame statutory limitations on abortion. My understanding of past practice is that a statute found [410 U.S. 113, 178] to be invalid as applied to a particular plaintiff, but not unconstitutional as a whole, is not simply “struck down” but is, instead, declared unconstitutional as applied to the fact situation before the Court. Yick Wo v. Hopkins, 118 U.S. 356 (1886); Street v. New York, 394 U.S. 576 (1969).

For all of the foregoing reasons, I respectfully dissent.

[ Footnote 1 ] Jurisdictions having enacted abortion laws prior to the adoption of the Fourteenth Amendment in 1868: 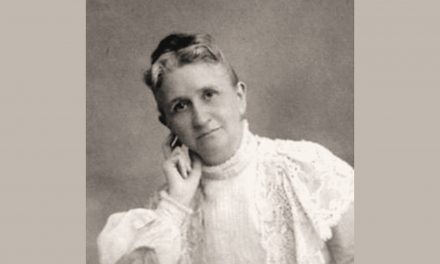 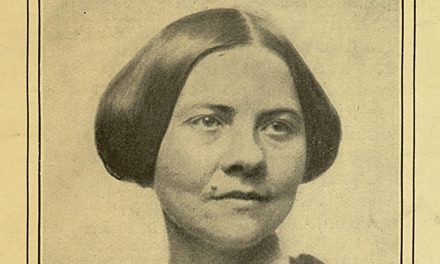