This version, written down about 30 years after the event, has likely been influenced by literary trends including reproducing speech as dialect. Recent scholarship disputes whether this is an accurate representation of Truth’s 1851 speech.

“Wall, chilern, whar dar is so much racket dar must be somethin’ out o’ kilter. I tink dat ‘twixt de niggers of de Souf and de womin at de Nork, all talkin’ ’bout rights, de white men will be in a fix pretty soon. But what’s all dis here talkin”bout?

“Dat man ober dar say dat womin needs to be helped into carriages, and lifted ober ditches, and to hab de best place everywhar. Nobody eber helps me into carriages, or ober mud-puddles, or gibs me any best place!” And raising herself to her full height, and her voice to a pitch like rolling thunders, she asked “And a’n’t I a woman? Look at me! Look at me! Look at my arm! (and she bared her right arm to the shoulder, showing her tremendous muscular power). I have ploughed, and planted, and gathered into barns, and no man could head me! And a’n’t I a woman? I could work as much and eat as much as a man – when I could get it – and bear de lash a well! And a’n’t I a woman? I have borne thirteen chilern, and seen ’em mos’ all sold off to slavery, and when I cried out with my mother’s grief, none but Jesus heard me! And a’n’t I a woman?

“Den dey talks ’bout dis ting in de head; what dis dey call it?” (“Intellect,” whispered some one near.) “Dat’s it, honey. What’s dat got to do wid womin’s rights or nigger’s rights? If my cup won’t hold but a pint, and yourn holds a quart, wouldn’t ye be mean not to let me have my little half-measure full?” And she pointed her significant finger, and sent a keen glance at the minister who had made the argument. The cheering was long and loud.

“Den dat little man in black dar, he say women can’t have as much rights as men, ’cause Christ wan’t a woman! Whar did your Christ come from?” Rolling thunder couldn’t have stilled that crowd, as did those deep, wonderful tones, as she stood there with outstretched arms and eyes of fire. Raising her voice still louder, she repeated, “Whar did your Christ come from? From God and a woman! Man had nothin’ to do wid Him.” Oh, what a rebuke that was to that little man.

Turning again to another objector, she took up the defense of Mother Eve. I can not follow her through it all. It was pointed, and witty, and solemn; eliciting at almost every sentence deafening applause; and she ended by asserting: “If de fust woman God ever made was strong enough to turn de world upside down all alone, dese women togedder (and she glanced her eye over the platform) ought to be able to turn it back, and get it right side up again! And now dey is asking to do it, de men better let ’em.” Long-continued cheering greeted this. “Bleeged to ye for hearin’ on me, and now old Sojourner han’t got nothin’ more to say.”

Amid roars of applause, she returned to her corner, leaving more than one of us with streaming eyes, and hearts beating with gratitude. She had taken us up in her strong arms and carried us safely over the slough of difficulty turning the whole tide in our favor. I have never in my life seen anything like the magical influence that subdued the mobbish spirit of the day, and turned the sneers and jeers of an excited crowd into notes of respect and admiration. Hundreds rushed up to shake hands with her, and congratulate the glorious old mother, and bid her God-speed on her mission of “testifyin’ agin concerning the wickedness of this ‘ere people.” 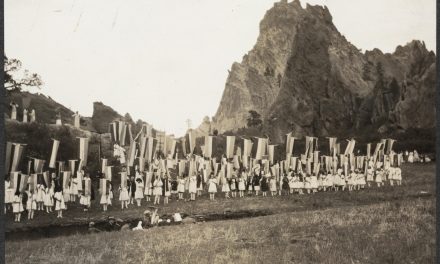 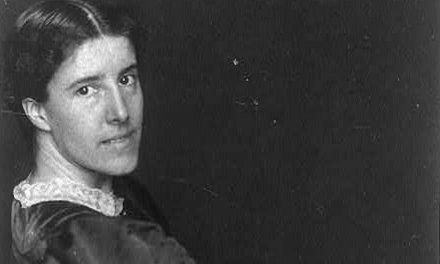