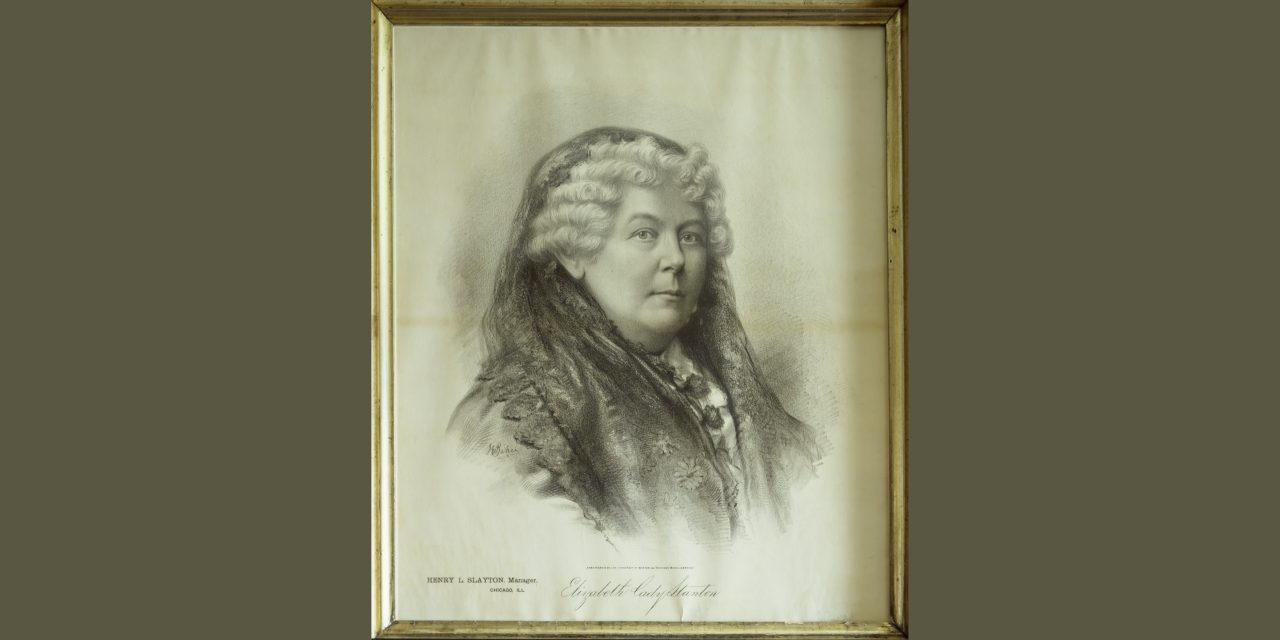 Summary of the speech: We Now Demand Our Right to Vote

We have met here today to discuss our rights and wrongs, civil and political, and not, as some have supposed, to go into the detail of social life alone. We do not propose to petition the legislature to make our husbands just, generous, and courteous, to seat every man at the head of a cradle, and to clothe every woman in male attire. None of these points, however important they may be considered by leading men, will be touched in this convention. As to their costume, the gentlemen need feel no fear of our imitating that, for we think it in violation of every principle of taste, beauty, and dignity; notwithstanding all the contempt cast upon our loose, flowing garments, we still admire the graceful folds, and consider our costume far more artistic than theirs. Many of the nobler sex seem to agree with us in this opinion, for the bishops, priests, judges, barristers, and lord mayors of the first nation on the globe, and the Pope of Rome, with his cardinals, too, all wear the loose flowing robes, thus tacitly acknowledging that the male attire is neither dignified nor imposing. No, we shall not molest you in your philosophical experiments with stocks, pants, high-heeled boots, and Russian belts. Yours be the glory to discover, by personal experience, how long the kneepan can resist the terrible strapping down which you impose, in how short time the well-developed muscles of the throat can be reduced to mere threads by the constant pressure of the stock, how high the heel of a boot must be to make a short man tall, and how tight the Russian belt may be drawn and yet have wind enough left to sustain life.

But we are assembled to protest against a form of government existing without the consent of the governed – to declare our right to be free as man is free, to be represented in the government which we are taxed to support, to have such disgraceful laws as give man the power to chastise and imprison his wife, to take the wages which she earns, the property which she inherits, and, in case of separation, the children of her love; laws which make her the mere dependent on his bounty. It is to protest against such unjust laws as these that we are assembled today, and to have them, if possible, forever erased from our statute books, deeming them a shame and a disgrace to a Christian republic in the nineteenth century. We have met

To uplift woman’s fallen divinityUpon an even pedestal with man’s.

And, strange as it may seem to many, we now demand our right to vote according to the declaration of the government under which we live. This right no one pretends to deny. We need not prove ourselves equal to Daniel Webster to enjoy this privilege, for the ignorant Irishman in the ditch has all the civil rights he has. We need not prove our muscular power equal to this same Irishman to enjoy this privilege, for the most tiny, weak, ill-shaped stripling of twenty-one has all the civil rights of the Irishman. We have no objection to discuss the question of equality, for we feel that the weight of argument lies wholly with us, but we wish the question of equality kept distinct from the question of rights, for the proof of the one does not determine the truth of the other. All white men in this country have the same rights, however they may differ in mind, body, or estate.

The right is ours. The question now is: how shall we get possession of what rightfully belongs to us? We should not feel so sorely grieved if no man who had not attained the full stature of a Webster, Clay, Van Buren, or Gerrit Smith could claim the right of the elective franchise. But to have drunkards, idiots, horse-racing, rum-selling rowdies, ignorant foreigners, and silly boys fully recognized, while we ourselves are thrust out from all the rights that belong to citizens, it is too grossly insulting to the dignity of woman to be longer quietly submitted to. The right is ours. Have it, we must. Use it, we will. The pens, the tongues, the fortunes, the indomitable wills of many women are already pledged to secure this right. The great truth that no just government can be formed without the consent of the governed we shall echo and re-echo in the ears of the unjust judge, until by continual coming we shall weary him…

There seems now to be a kind of moral stagnation in our midst. Philanthropists have done their utmost to rouse the nation to a sense of its sins. War, slavery, drunkenness, licentiousness, gluttony, have been dragged naked before the people, and all their abominations and deformities fully brought to light, yet with idiotic laugh we hug those monsters to our breasts and rush on to destruction. Our churches are multiplying on all sides, our missionary societies, Sunday schools, and prayer meetings and innumerable charitable and reform organizations are all in operation, but still the tide of vice is swelling, and threatens the destruction of everything, and the battlements of righteousness are weak against the raging elements of sin and death. Verily, the world waits the coming of some new element, some purifying power, some spirit of mercy and love. The voice of woman has been silenced in the state, the church, and the home, but man cannot fulfill his destiny alone, he cannot redeem his race unaided. There are deep and tender chords of sympathy and love in the hearts of the downfallen and oppressed that woman can touch more skillfully than man.

The world has never yet seen a truly great and virtuous nation, because in the degradation of woman the very fountains of life are poisoned at their source. It is vain to look for silver and gold from mines of copper and lead. It is the wise mother that has the wise son. So long as your women are slaves you may throw your colleges and churches to the winds. You can’t have scholars and saints so long as your mothers are ground to powder between the upper and nether millstone of tyranny and lust. How seldom, now, is a father’s pride gratified, his fond hopes realized, in the budding genius of his son! The wife is degraded, made the mere creature of caprice, and the foolish son is heaviness to his heart. Truly are the sins of the fathers visited upon the children to the third and fourth generation. God, in His wisdom, has so linked the whole human family together that any violence done at one end of the chain is felt throughout its length, and here, too, is the law of restoration, as in woman all have fallen, so in her elevation shall the race be recreated.

‘Voices’ were the visitors and advisers of Joan of Arc. Do not ‘voices’ come to us daily from the haunts of poverty, sorrow, degradation, and despair, already too long unheeded. Now is the time for the women of this country, if they would save our free institutions, to defend the right, to buckle on the armor that can best resist the keenest weapons of the enemy – contempt and ridicule. The same religious enthusiasm that nerved Joan of Arc to her work nerves us to ours. In every generation God calls some men and women for the utterance of truth, a heroic action, and our work today is the fulfilling of what has long since been foretold by the Prophet – Joel 2:28: ‘And it shall come to pass afterward, that I will pour out my spirit upon all flesh; and your sons and your daughters shall prophesy.’ We do not expect our path will be strewn with the flowers of popular applause, but over the thorns of bigotry and prejudice will be our way, and on our banners will beat the dark storm clouds of opposition from those who have entrenched themselves behind the stormy bulwarks of custom and authority, and who have fortified their position by every means, holy and unholy. But we will steadfastly abide the result. Unmoved we will bear it aloft. Undauntedly we will unfurl it to the gale, for we know that the storm cannot rend from it a shred, that the electric flash will but more clearly show to us the glorious words inscribed upon it, ‘Equality of Rights’… 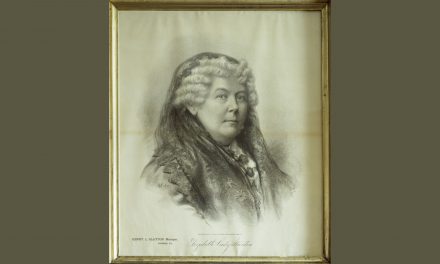